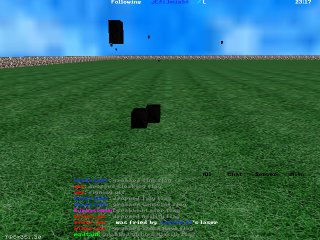 Next is a screenshot of what I see from the client: black boxes dancing