This Classic BZFlag tank model has been in the game since it's inception, and been an integral part of game play. This tank model has received few graphical upgrades over the years, and looks today much the same as it has since the first version of the game.

The classic tank model is hard coded as a series of OpenGL instruction in the BZFlag Source code. The model may not be changed externally with out modifications to the game client itself.

The 2.0.10 tank model has been exported from the code, and can be found as a wavefront obj file at http://my.bzflag.org/resources/models/Tank.obj This can be imported into most 3d modeling packages.

The tank bounding box (used in collisions with world objects) is 6 world units long, 2.8 units wide, and 2.05 units tall, and does not include the barrel forward of the tip of the treads. The muzzle of the barrel is 1.57 world units from the ground, meaning that a tank can shoot over a box 1.5 units high. 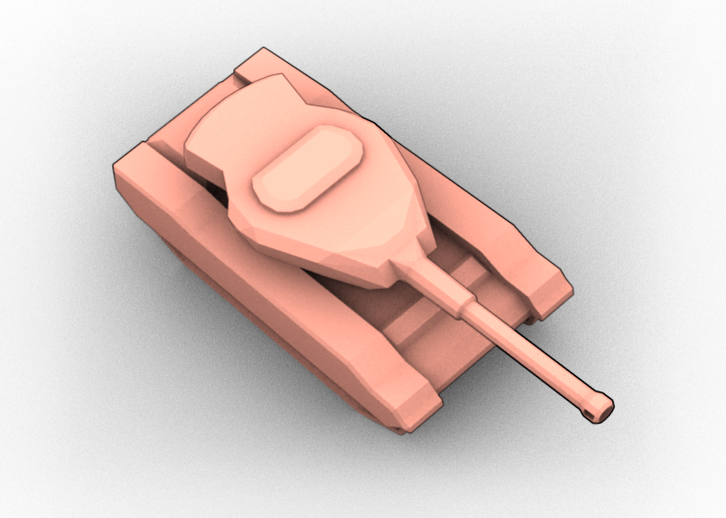